“The marks humans leave are most often scars” – Some people are very proud of their scares as it gives them an indication of how far they have come, for others their scares are unsightly and must be hidden. Scares can be a great reminder of endured suffering, but they may just as well be a reminder of survival. I would like to share with you this wonderful story written by De Dorman from Helping Hands Ministry.

Some years ago on a hot summer day a little boy decided to go for a swim in the old swimming hole behind his house.

In a hurry to dive into the cool water, he ran out the back door, leaving behind shoes, socks, and shirt as he went. He flew into the water, not realizing that as he swam toward the middle of the lake, an alligator was swimming toward the shore. His mother – in the house was looking out the window – saw the two as they got closer and closer together.  In utter fear, she ran toward the water, yelling to her son as loudly as she could. 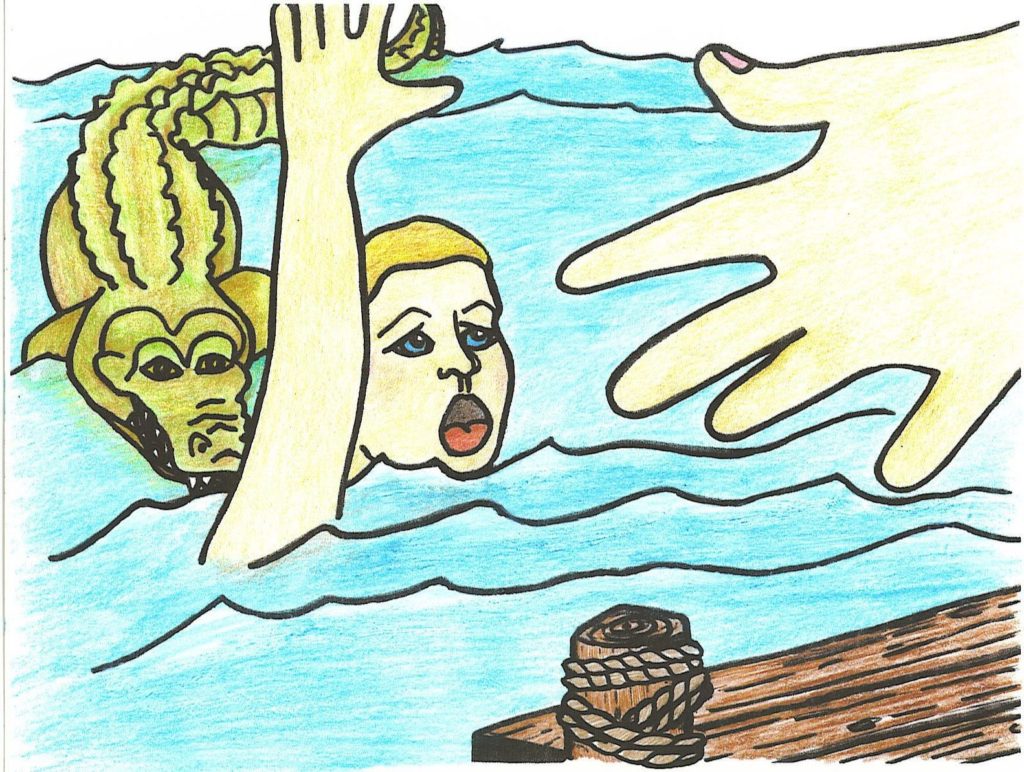 Hearing her voice, the little boy became alarmed and made a U-turn to swim to his mother. It was too late. Just as he reached her, the alligator reached him.

From the dock, the mother grabbed her little boy by the arms just as the alligator snatched his legs. That began an incredible tug-of-war between the two. The alligator was much stronger than the mother, but the mother was much too passionate to let go. A farmer happened to drive by, heard her screams, raced from his truck, took aim and shot the alligator.

Remarkably, after weeks and weeks in the hospital, the little boy survived. His legs were extremely scarred by the vicious attack of the animal.

The newspaper reporter who interviewed the boy after the trauma, asked if he would show him his scars. The boy lifted his pant legs to allow the photographer to take some photos. The interviewers and photographers were taken aback by the child’s wounds and asked more questions about these scars. But then, with obvious pride, he said to the reporter, “You have not seen anything. As the little boy rolled up his sleeves it revealed deep scratches where his mother’s fingernails dug into his flesh in her effort to hang on to the son she loved.

Look at my arms.  I have great scars on my arms, too. I have them because my mom wouldn’t let go.”

You and I can identify with that little boy. We have scars, too.  No, not from an alligator, or anything quite so dramatic. But, the scars of a painful past. Some of those scars are unsightly and have caused us deep regret.

But, some wounds, my friend, are scares of love. They are their because God has refused to let go.

In the midst of your struggle, He’s been there holding on to you.

But sometimes we foolishly wade into dangerous situations. The swimming hole of life is filled with peril – and we forget that the enemy is waiting to attack. That’s when the tug-of-war begins – and if you have the scars of His love on your arms be very, very grateful.