Miekie, a friend of mine is a true athlete.  During his school career he was always  one of the top athletes in the school.  He is always on the lookout for a new sport to practice.  Triathlons and races like the 94.7 is old news to him.

Currently, he participates in ‘warrior races’.  Naturally, he falls in die epic category, which is for the strongest warriors.  The track is only 20 kilometers long, but has obstacles like swinging across a monkey bar, climbing up with a rope over a frame and down again, and dragging tyres around his waist across a field. 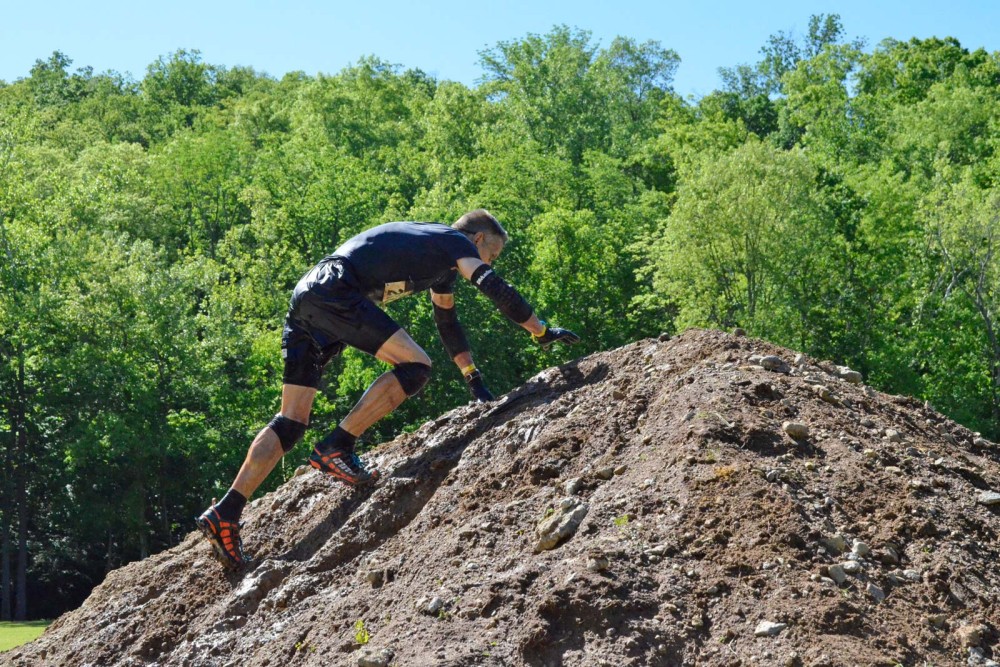 Once I went with him to one of these races.  There was one obstacle called the ‘mud monster’.  It consisted of four mounds of mud with muddy water in between. The challenge was to swim through the mud and climb over the mound.  The volunteers poured more water over the mound, which made it more slippery.  Miekie was fourth and I saw how he struggled to get out of the water over the mounds.  He had to grip into it and pull himself up.  People next to the track gave advice as to where the best position was to get out.

As I was encouraging him, I realised that it was the most practical example to explain depression to people!  The mud is like circumstances or stress that slows one down, but somehow one gets passed it. However, when the stress increases it becomes harder to move and one can fall into a pit of depression.  Many people shout from the side line: ‘Pull yourself together!’ but they have no idea of how deep the pit is.  Many attempts are made, and maybe many have failed, but getting out is possible.

We don’t need to stay in a mud monster of depression.  Listening to the right voices encourages us to get out, but we need to need to look up, grip tightly and pull ourselves out.
Post by Deon Labuschagne